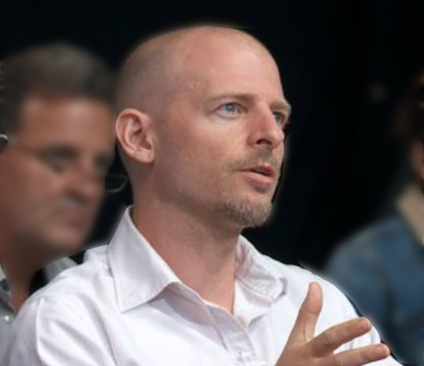 I’m Damien Blenkinsopp, and improving myself physically and mentally has been a hobby for the best part of 10 years.

My interests span from fitness, to brain health and cognitive performance, to anti-aging and longevity – and biotech in general.

More importantly, I have a “heavy data” and analytical bias. My first career was as an analyst and strategy consultant, where making investment decisions based on data and quants was the core of my work.

I believe the growth of data is going to be transformative for health and personal performance in the the next 2 decades.

A few things that put me on this journey…

“You’re the most unusual MBA we’ve ever had here Damien.” one of my professors at London Business School said in mid-class discussion in 2004. He was right. It took me a few years to realize just how different my goals were to my MBA peers.

I spent most of my time those two years, not sleeping that much, building a business which was then sold when I left London at the end of my MBA two years later.

End of 2008 I left my career as an analyst and strategy consultant to set up a business that was designed purely to free up my time and allow me to live anywhere. When the company became a success, I decided that I didn’t really want to live “in any one place” permanently. I became a digital nomad. I gave most of my belongings away by throwing a “Champagne, Crepes and Steal My Stuff Party” in Shanghai. Shanghai was to be my last stable home for a long long time. I began constantly roaming with one small suitcase and my laptop (and yes, reading Tim Ferriss’ The 4 Hour Work Week in 2007 gave me some extra inspiration).

I tended to stay 3 to 6 months in each place before moving on. In part because of this, and having lived internationally since age 11, I speak 5 languages. I’ve lived in countless countries across 5 continents over the years, including years in China, Thailand, South Africa, France, Spain, Mexico and Argentina.

In early 2012 I contracted an unknown illness while on holiday in Phuket, Thailand that quickly began to acutely cripple my life.

Unfortunately the medical profession was unable to find the cause of this condition, which encouraged me to expand on my “body optimization” hobby and seek out specialists around the world to identify what had happened and fix it.

Between 2012 and 2015 I invested over $50,000 in understanding and treating my illness and supporting my recovery. Most of this has been in lab tests and tech to provide more information on my body… as a result, you could say I became The Quantified Body.

The good news is that working carefully through all this data, mostly with expert help, led me to answers… to actionable information that has taken me step by step back to my former self – actually better in many ways.

I’m not finished yet. But I am very much operational again, spending my days working on what I love… which has changed…

Leaving a Lifestyle Focus to an Impact Focus

The experience of losing a few productive years to illness, and having struggled with the lack of actionable information has changed my priorities.

I used to want to be free. To explore the planet, the cultures, the languages (a hobby since childhood when I lived in Belgium).

Now, I’d like to help improve our collective health and performance. By helping to build a bridge for us to the new data and tech that promises real repeatable results – backed up by data. Where we make decisions about improving health and our performance reliably based on accurate data.

The Quantified Body podcast is my first step in this direction. Through it I want to give you, the audience, access to more of the tools that have a real measurable impact on your body. The way you want.

As you’re probably aware there’s a lot you can read about on the Internet today that has little to no real impact. Sometimes a placebo effect perhaps. I’ve certainly tried and experimented with many of these things.

In my own journey I’ve proven to myself the benefits of using many of the new tools and technologies that give us real data and information on what’s working for us (or not working for us). Using accurate data enables us to add one effective tool or tactic at a time – and steadily move forward. Performing better. Feeling better. And thriving in life. With a good chance that we’ll live longer also.

And then of course discard those tools that aren’t working for us. Or are just too much effort for the minor benefits they provide. We want big wins – with less effort. That keeps us doing it – and thriving on it.

I hope you’ll join me in this journey as we uncover the tools and tactics that make the most sense – that are backed with data and repeatable science. Because they provide a high return on our effort and time invested. Just like that we would demand of the $$$ we put into financial investments.